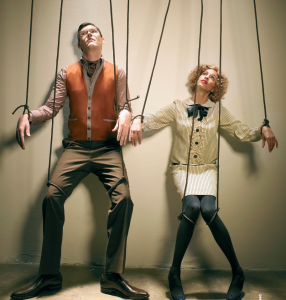 If you allow yourself to be superstitious, you are basically allowing yourself to believe that part of your life is being influenced and under the control of magical forces outside of your power and control…sure what’s wrong with that?

Now, think about this, believing that whether you are going to have a good or bad day is down to a number, a black cat, a magpie, a piece of wood, fate, luck or chance etc. Or anything or anyone else for that matter, is a good thing to believe?

Or, do you think it would benefit you more to believe whether you are going to have a good or bad day depends on the work and effort you put into it – which makes it something you can directly influence?

Also, superstitions are NOT based on facts that effected everyone – unlike gravity. Which means that a superstition will only effect or have power over the believer. This in turn makes total sense of the empowering belief, that you really do make your own luck!

The moral of the story is…STOP giving your power and control away to external forces, because you just might need?

John beats 10 years of depression – so can you!

Carmel overcame her fear of public speaking – so can you!

Eugene takes control of his life – so can you

Julia overcame her anxieties – so can you!

Jenny overcame her fear of public speaking / social anxiety so can you!

Gerald overcame his gambling – so can you!

Stephanie’s 13 yrs old daughter overcame her emetophobia – so can you!

Alan overcame his addictions – so can you!

Graham overcame his depression – so can you!